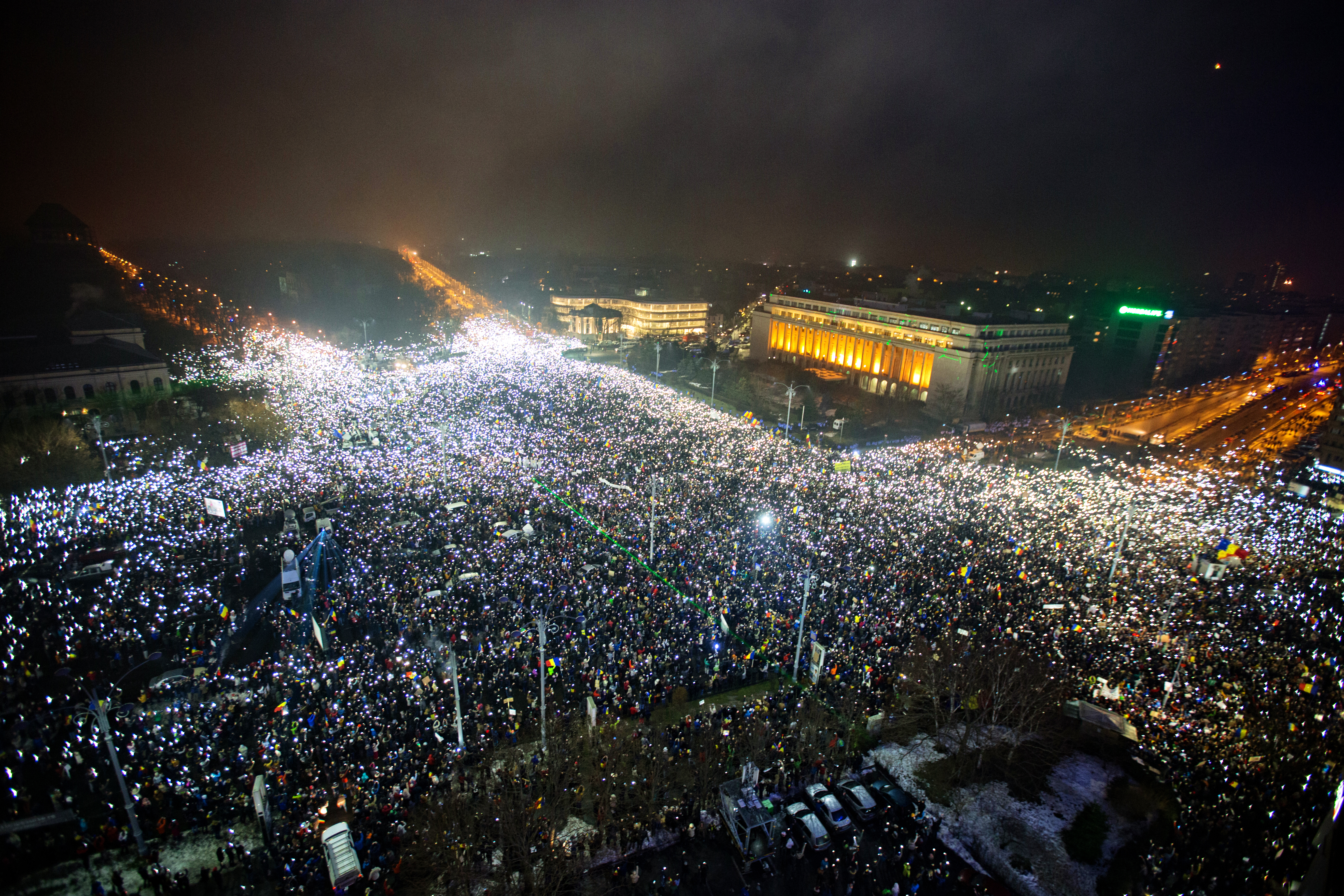 In 1973, Katherine Verdery moved to Romania, the only country in the Eastern European bloc that welcomed Western scholars. She studied social inequality, ethnic relations and nationalism. After the fall of Communism she returned and looked at the transformation of socialist societies. Her most recent book, My life as a spy: Investigations into a secret police file was published in 2018, and it documents how the Romanian political police kept her under surveillance.

END_OF_DOCUMENT_TOKEN_TO_BE_REPLACED 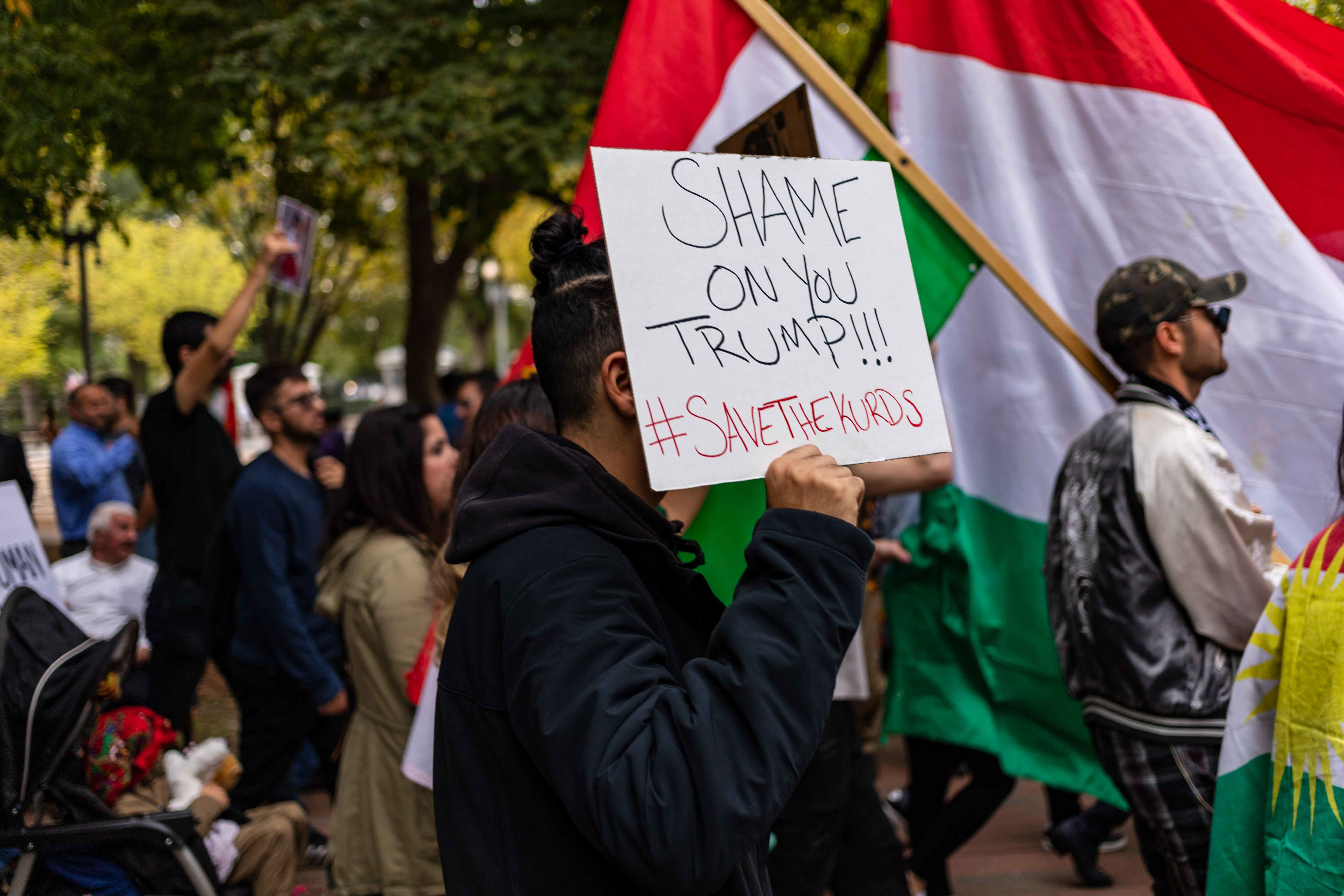 When the Syrians took to the streets in 2011 after the Tunisian, Egyptian, and Libyan uprisings, surprisingly for the outsider, the Kurds did not immediately join in. There were some protests here and there, but nothing was politically coordinated. There was also no outreach to the rest of the Syrians protesting in Daraa, Homs or Idlib.

END_OF_DOCUMENT_TOKEN_TO_BE_REPLACED 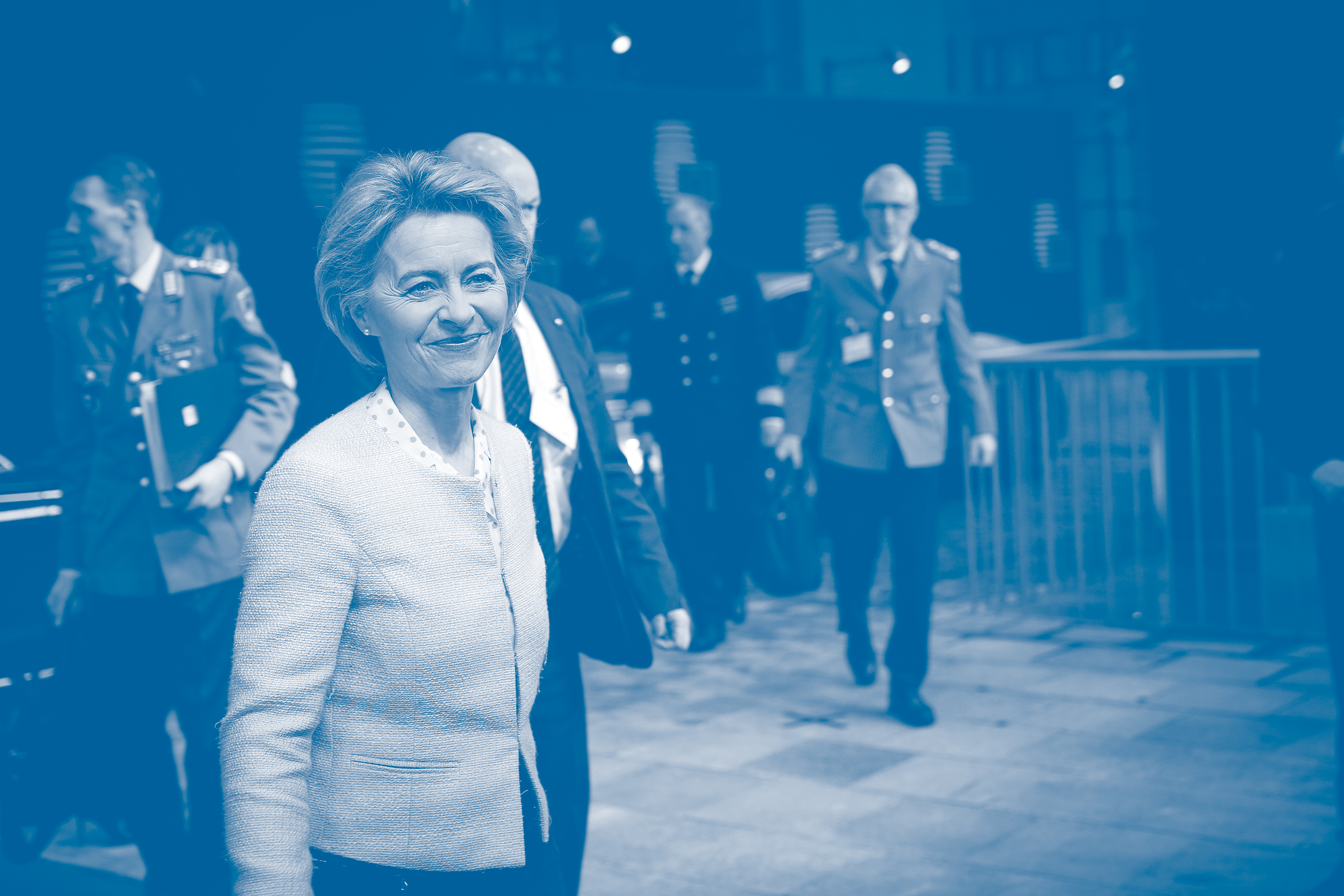 The outcome of the latest round of Euro-elections (May 2019) was instrumental in the reconfiguration of the European leadership. For the first time in 40 years the European People’s Party (EPP) and the group of Socialists and Democrats (S&D) did not win enough seats to form a comfortable majority. The new political circumstances made the election of the Spitzenkandidat impossible.

END_OF_DOCUMENT_TOKEN_TO_BE_REPLACED

MEP Clotilde Armand, Renew Group: “Europe cannot be strong if the East is left behind” 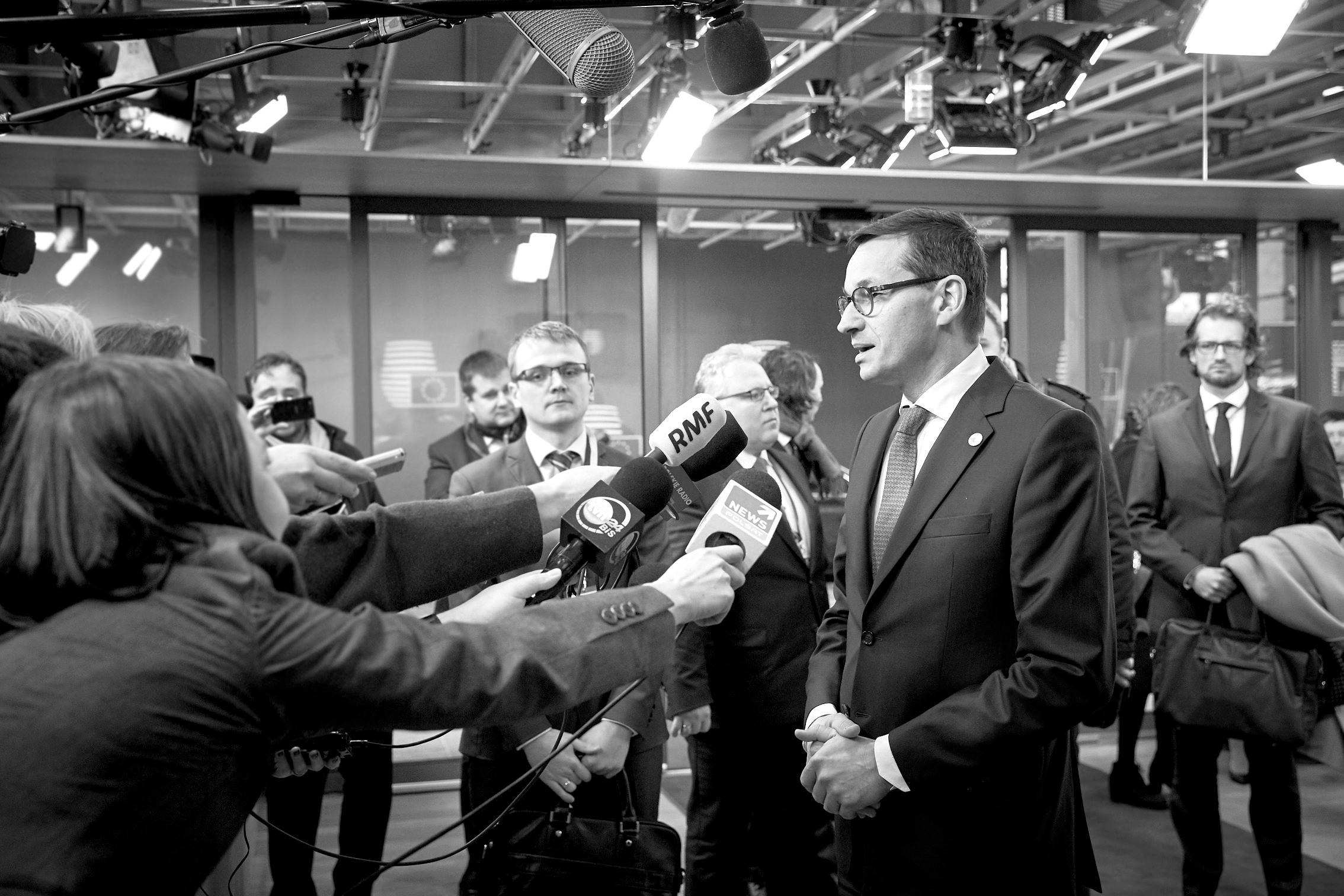 Q:How will Renew Europe integrate Eastern European interests with the Macronian view of a multi-speed Europe?

A:The Renew Group does not support a multi-speed Europe, and President Macron knows it. I personally raised this issue in the group, and all the candidates for the group leadership stated that they supported a united Europe, and that they would work on the East-West economic convergence.

What does a multi-speed Europe mean, in any case? There are several fields where groups of European states started close cooperation initiatives. It’s not always the same states, but we cannot deny that along with the France-Germany axis we also have a nucleus of states that want to advance faster in European integration.

Romania should be a country with great ambition at the EU level; our decision-makers should militate to join accessible integration fields in this variable format, in order to avoid a closed and inaccessible EU politics club.

We need to clearly convey the message that on principle we cannot accept a multi-speed Europe at the economic level, and in this sense, all advanced cooperation needs to remain open.

The main effort needs to focus on reducing economic gaps. Europe cannot be strong if the East is left behind.

If we could explain the situation better and more often to the French, they would vote for a fair allocation of resources, and the chances of success would be greater. I do trust their capacity to understand what it means to be part of a greater European family. When you’re in charge, you can’t choose to defend interests of small groups, not to mention national interests. I’m convinced that these limits can be pushed.

My conclusion: We need to send a simpler message to the French – the only way for Europe is East-West economic convergence, and we need to cooperate on that.

Q:Beyond the deal on Laura Codruța Kövesi’s appointment as head of the EU Public Prosecutor’s Office and Mr. Ciolos as head of the RE, what else can the Eastern European member-states hope for in terms of being part of the decision-making process in Brussels?

A:For the first time we have a Romanian presiding over a European political group, and an important group for the current configuration of the European parliament. It’s not a small thing. It is true that most ruling parties from Eastern countries (including Romania’s Social Democrats) are not very well perceived by Western partners and were pushed out from the negotiations for the important positions. The fact that the Eastern states make up 20 percent of the EU’s demographics should, however, be represented in the decision-making fora.

We can’t forget that the Eastern states also have 40 percent of the votes in the EU Council and the European Council (although they only comprise 10 percent of the economy).

Eastern Europeans states, however, do not speak with the same voice. There are two speeds, just as they say about the EU. The Visegrad Group does not feel any solidarity with the states that joined the EU later – Croatia, Bulgaria, Romania. If such solidarity existed, the East would systematically be better represented. I think it would be a mutual advantage to build our position together.

Having Donald Tusk as head of the EU Council in the former mandate was definitely a positive development for the whole of Europe. We should work to ensure that an Eastern country gets other important positions in the EU apparatus. As the economy grows, I expect things will get better by themselves. Pragmatically speaking, the Poles have already had a top position in the past mandate, and none of the other Eastern states represent more than 1 percent of the EU economy. Dacian Ciolos, and, we hope, Laura Codruța Kövesi will represent a great achievement for Romania.

Q:If we look at the choices for appointments to the leading positions in Brussels, besides Mr. Ciolos’ election as head of Renew Europe, CEE has been largely bypassed, and that might translate to increasing Euroscepticism, political frictions and a developmental gap between West and East. How would you as MEPs from the ‘East’ tackle this problem?

A: It is not the absence of high-ranking positions for the Polish and Hungarian representatives that would lead to an increase in Euroscepticism, but rather the arrogant treatment from the side of the Western countries. It’s true that rule of law is under threat from populist parties, and this is a big problem. But we have to avoid punishing or systematically marginalising nations because we don’t agree with the policies of their governments. This is how the risk of stronger anti-European sentiments increases. For now, Euroscepticism is in its incipient phase.

My conclusion is that we need to resist the temptation to lecture people, to look down on them or treat them aggressively because they voted for governments we do not like. On the contrary, we need to show that Europe understands their concerns, and that Europe simply cannot be built without their contribution.

2. Tomáš Valášek, director of Carnegie Europe: “Central Europe has acquired a reputation in Brussels for being unconstructive, for always saying no.”

3. Gustav Gressel, Acting Director, Wider Europe Programme European Council on Foreign Relations: “We are in the very early stages of a long-term ideological battle. The anti-Western revolt has solidified.”

4. Jana Puglierin, Head of the Alfred von Oppenheim Centre for European Policy Studies at the German Council on Foreign Relations: “The whole German political model is called into question.”

Europe’s blind spot: the streets rising up against local autocrats

Ana Maria Luca
EU in the Western Balkans: What’s left of the sticks if the carrots are stale? / Democracy & Resilience / Eastern Focus 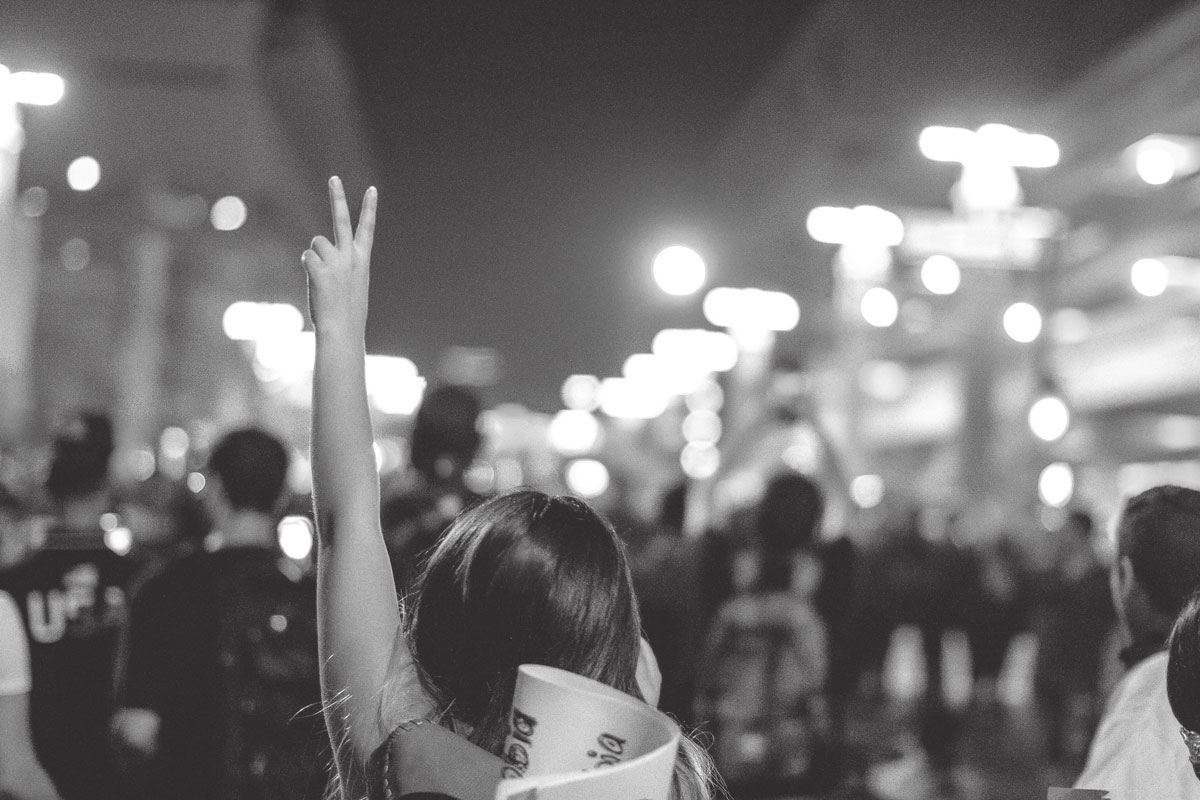 In mid-February thousands of opposition supporters clashed with police in an anti-government rally against Albanian Prime Minister Edi Rama’s cabinet, demanding its resignation and early elections. Although Albania is set to start its accession negotiations with the European Union, Rama’s rule has backtracked in terms of democracy and the fight against corruption and organised crime. END_OF_DOCUMENT_TOKEN_TO_BE_REPLACED